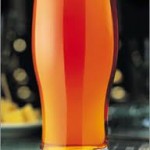 The Lion Hart Beer Festival is making a new appearance this year over the Easter Weekend.

The White Lion, Sopwell Lane and ourselves will be hosting the event starting Good Friday, 22nd April and running until Monday 25th April.

The Beer Festival will feature over 35 different real ales, ciders and perries!

Also over that weekend is St Georges day so the Beer Festival will have an English theme (being called Lion Hart should help).

As well as a BBQ all weekend at both pubs, on St Georges Day (Saturday 23rd)  there will be a Hog Roast at the White Lion and at the White Hart Tap our Sausage Festival will be making an appearance.

On the Sunday there is live music on at the White Lion featuring Pete Waters and on the Monday at the Tap there is a family day with free food for the kids!

Cooker of the Food
View all posts by Andrew →